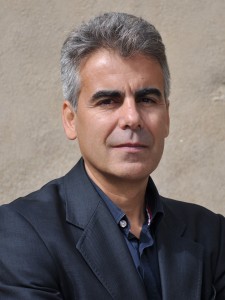 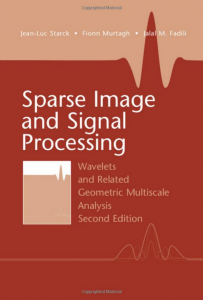 CosmoStat: Since the dawn of time, humans have been wondering about their place in the Universe. Today, cosmologists thinks their place is actually very small, with 95% of the Universe made of exotic dark energy and dark matter, which doesn't even exist on earth. The best way to understand what the nature of dark energy and dark matter are is to study distant galaxies with new space missions like the Euclid telescope, which will measure the position and shapes of billions of galaxies. This is a big data problem for cosmology and so innovative statistical methods are at the heart of cosmology today. I founded CosmoStat in 2010 to bring together an interdisciplinary team of scientists who could approach this problem both from the cosmology and the statistical side and develop crucial solutions like sparsity and compressed sensing methods which could be used to answer fundamental cosmological questions about the nature of our Universe.

Biography: Jean-Luc Starck is Director of Research and head of  the CosmoStat laboratory at the Institute of Research into the Fundamental Laws of the Universe,  Département d'Astrophysique, CEA-Saclay, France. Jean-Luc Starck has a Ph.D from Nice Observatory and an Habilitation from University Paris XI. He was a visitor at the European Southern Observatory in 1993, at UCLA in 2004 and at Stanford’s Department of Statistics in 2000 and 2005.  Since 1994, he is a tenured researcher at CEA. He created in 2010 the CosmoStat laboratory and is strongly involved in the Euclid ESA space mission. He received the EADS prize of the French Academy of Science in 2011, the International Astrostatistics Association (IAA) Fellow Prize in 2016, the 2018 Gruber Price in Cosmology (as member of the ESA Planck team) and the European Astronomical Society Tycho Brahe medal in 2022.

He leads Cosmostat, an interdisciplinary research group at the interface between cosmology and statistical methods with a focus on industry-academia partnership. He has organized more than 20 conferences, and was keynote, invited or seminar speaker over fifty times in the last ten years.  Over the last 10 years, he has been involved as Co-I or PI in the management of 8 million euros of grants from national, European and international sources, including a senior ERC. He has published over 250 refereed papers in astrophysics, cosmology, signal processing and applied mathematics, and he is also author of three books. He is member of the Academia Europaea since 2021.